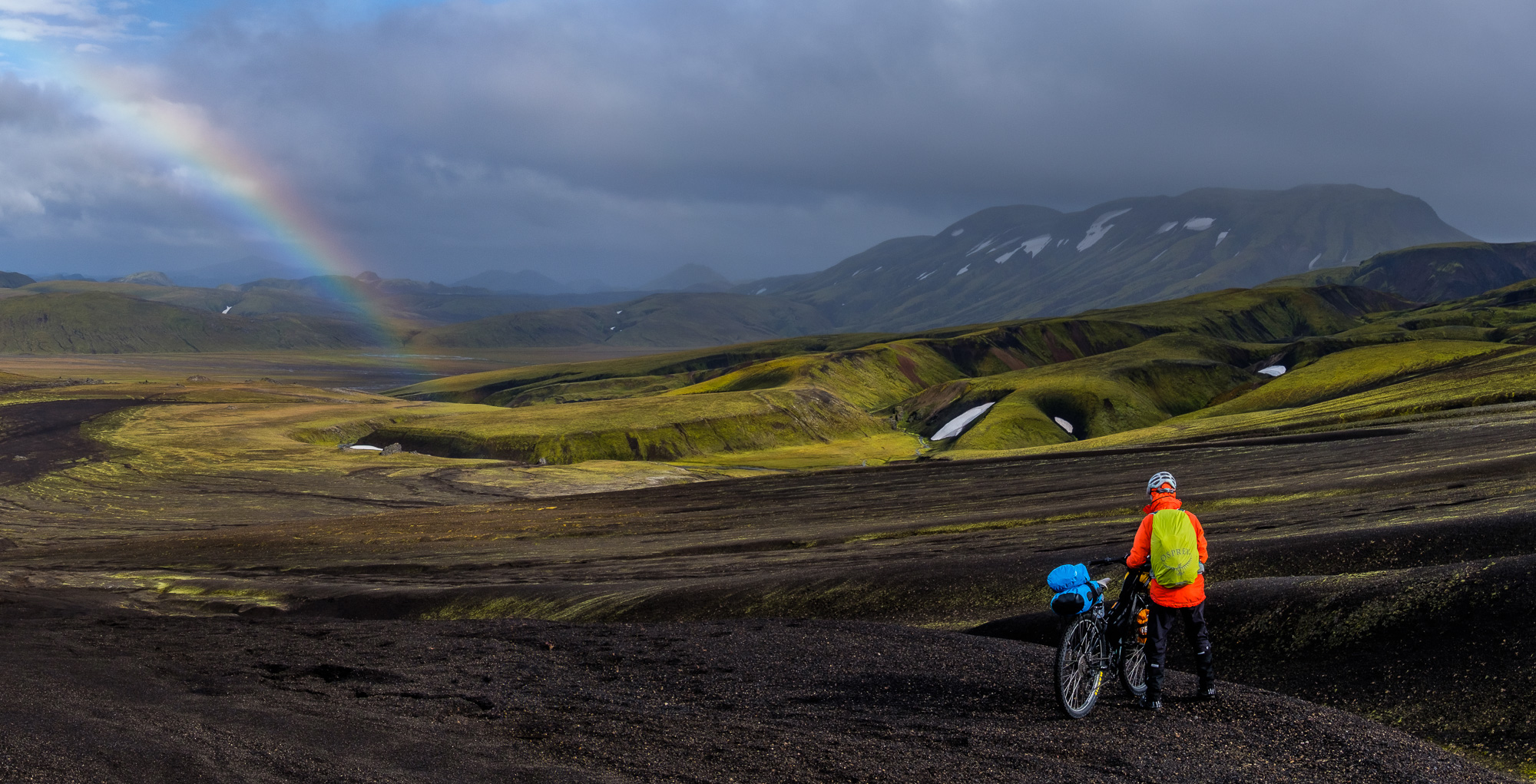 Back in the olden days when international trips were possible, Sue and John O’Malley flew to Iceland three times to undertake bike trips. In 2015 they cycle toured along parts of the coastal perimeter, In 2016 they returned to bikepack across the barren interior highlands and, against all commonsense, returned yet again in 2017 to traverse some of the more remote and wilder parts of the interior (namely the parts they had been warned against going to the previous year). Apart from putting up with a lot of pretty appalling weather, they spent many days in the barren interior wilderness, skirting around huge icecaps, camping under the northern lights and luxuriating in geothermal pools- a real life changing experience. If you are interested in finding out more (or are even just curious as to why anyone would voluntarily put themselves through such ordeals multiple times) John will be giving a phototalk of the trips.